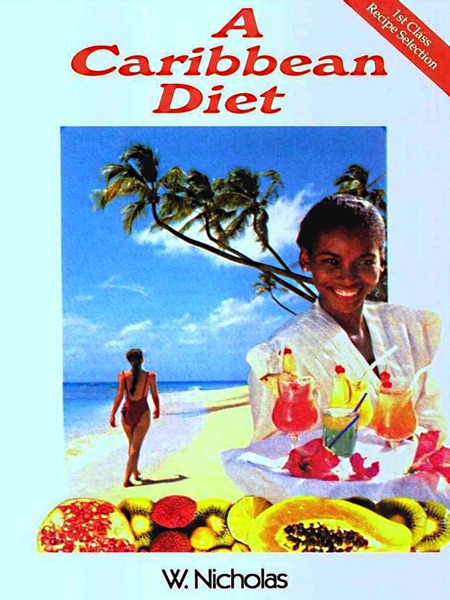 A Caribbean Diet
by Winslow Nicholas

A Caribbean Diet is the most refreshingly laid-back, long-term approach to weight loss I’ve come across. This brilliant little book provides a relaxed approach to peeling off the unwanted pounds the way nature intended. There is also a clutch of wonderful sounding recipes such as Chicken and Crab Calloo Soup, Sweet Potato Pudding, Caribbean Love Boat and Mangosteen Dream.

Winslow Nicholas began writing at an early age, film scripts, plays, science fiction, and children’s books, when he was about 17 years of age. None of these works were considered serious enough for publication, although he did send them to agents,

publishers, and even to the BBC; it was just a learning curve though. Later on in the early 1980’s he entered into the world of children’s story tapes (on cassette).
One of his first releases was a children’s story adventure “Pineapple in Candyland” (Barbara Short), which was narrated by TV Personality Sally James, famous for the Saturday morning children’s TV show, Tiswas, which starred the raven-haired goddess James and, most famously, Lenny Henry, together with presenter of Who Wants to Be a Millionaire, Chris Tarrant.