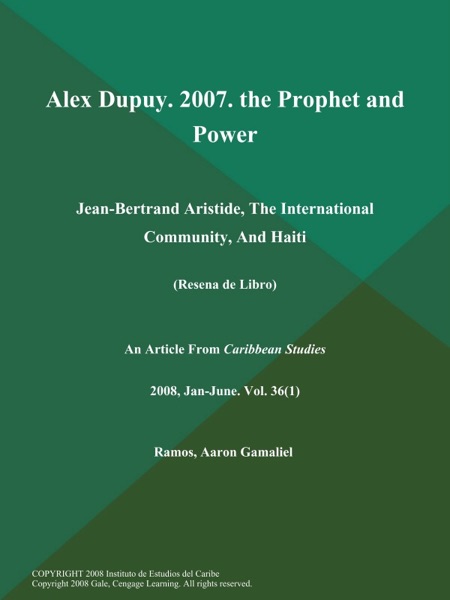 Alex Dupuy. 2007. The Prophet and Power: Jean-Bertrand Aristide, the International Community, and Haiti. Lanham, MD: Rowman & Littlefield Publishers. 238 pp. ISBN: 13-0-7425-3831-1. The expulsion of Jean-Claude Duvalier from the reigns of political power in Haiti in 1986 ended the Duvalier dictatorship and opened a new era in the history of Haiti. The early years of the post-Duvalier period were characterized by the presence of an imposing popular movement aiming at the eradication of the conditions of inequality and oppression that had been sustained by the combined involvement of the dictatorship and the Haitian ruling class, and by rise of Catholic priest Jean-Bertrand Aristide to the leadership of that movement. The Prophet and Power is a meticulously researched text making sense of the three lustrums that followed, from the election of Aristide as president of Haiti in 1990 to his banishing from the Haitian political scene in 2004.