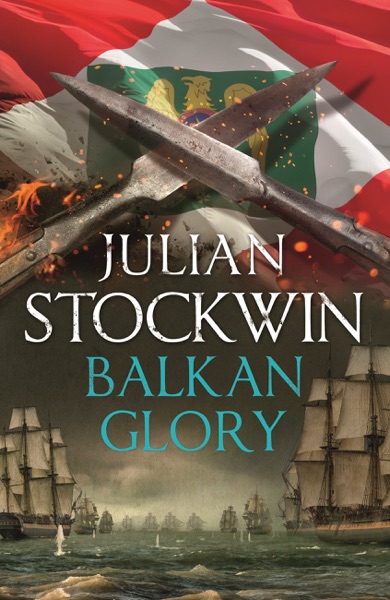 1811. The Adriatic, the ‘French Lake’, is now the most valuable territory Napoleon Bonaparte possesses. Captain Sir Thomas Kydd finds his glorious return to England cut short when the Admiralty summons him to lead a squadron of frigates into these waters to cause havoc and distress to the enemy.

Kydd is dubbed ‘The Sea Devil’ by Bonaparte who personally appoints one of his favourites, Dubourdieu, along with a fleet that greatly outweighs the British, to rid him of this menace.

At the same time, Nicholas Renzi is sent to Austria on a secret mission to sound out the devious arch-statesman, Count Metternich. His meeting reveals a deadly plan by Bonaparte that threatens the whole balance of power in Europe. The only thing that can stop it is a decisive move at sea and for this he must somehow cross the Alps to the Adriatic to contact Kydd directly.

A climactic sea battle where the stakes could not be higher is inevitable. Kydd faces Dubourdieu with impossible odds stacked against him. Can he shatter Bonaparte’s dreams of breaking out of Europe and marching to the gates of India and Asia?