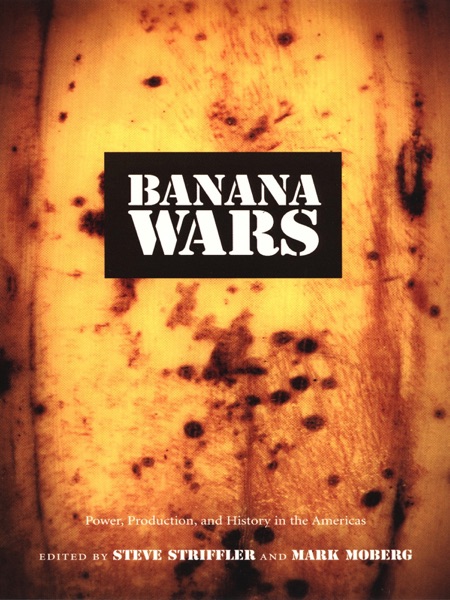 Over the past century, the banana industry has radically transformed Latin America and the Caribbean and become a major site of United States–Latin American interaction. Banana Wars is a history of the Americas told through the cultural, political, economic, and agricultural processes that brought bananas from the forests of Latin America and the Caribbean to the breakfast tables of the United States and Europe. The first book to examine these processes in all the western hemisphere regions where bananas are grown for sale abroad, Banana Wars advances the growing body of scholarship focusing on export commodities from historical and social scientific perspectives.Bringing together the work of anthropologists, sociologists, economists, historians, and geographers, this collection reveals how the banana industry marshaled workers of differing nationalities, ethnicities, and languages and, in so doing, created unprecedented potential for conflict throughout Latin American and the Caribbean. The frequently abusive conditions that banana workers experienced, the contributors point out, gave rise to one of Latin America’s earliest and most militant labor movements. Responding to both the demands of workers’ organizations and the power of U.S. capital, Latin American governments were inevitably affected by banana production. Banana Wars explores how these governments sometimes asserted their sovereignty over foreign fruit companies, but more often became their willing accomplices. With several essays focusing on the operations of the extraordinarily powerful United Fruit Company, the collection also examines the strategies and reactions of the American and European corporations seeking to profit from the sale of bananas grown by people of different cultures working in varied agricultural and economic environments.