Boleros for the Disenchanted and Other Plays 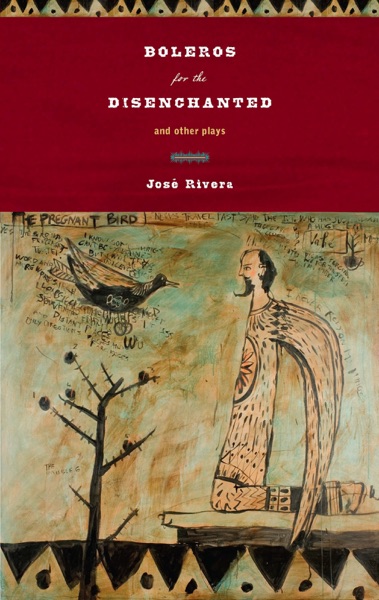 “Even if you’ve never seen Puerto Rico or grown old, you sit there ruminating on love, sacrifice, and betrayal.”—Chicago Tribune, on Boleros for the Disenchanted

“Mr. Rivera’s intimate play . . . uses historical fact as a frame to pose intriguing questions about what might have happened.”—The New York Times, on School of the Americas

Three new works from José Rivera, a writer known for his lush language, open heart, and stylistic flirting with the surreal. Boleros for the Disenchanted is the moving story of the playwrights own parents: their sweet courtship in 1950s Puerto Rico, and then forty years later in more difficult times in America. With Brainpeople, Rivera explores the troubled minds of three women in a post-apocalyptic setting who feast on a freshly slaughtered tiger. In School of the Americas, he imagines Che Guevara’s encounter—more passionate than political—with a young schoolteacher in Bolivia. Also included is his one-act penned in protest of California’s Proposition 8, Pablo and Andrew at the Altar of Words.

José Rivera‘s works include the plays References to Salvador Dali Make Me Hot, Marisol, Cloud Tectonics, and Sueno (an adaptation of Life Is a Dream), as well as the Oscar-nominated screenplay to The Motorcycle Diaries.