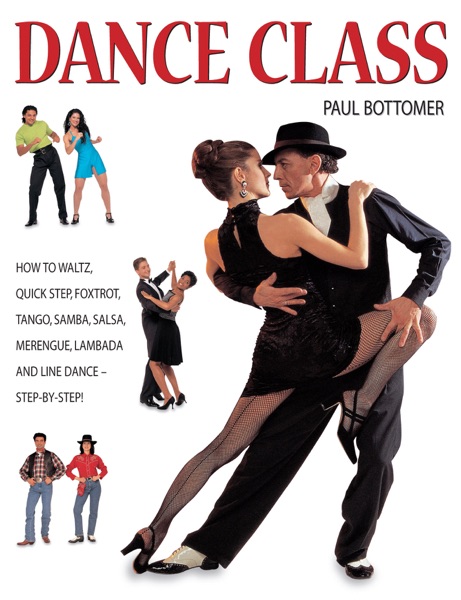 If the idea of learning to dance sends you reeling, and dancing with a partner makes you weak at the knees, then this book is for you. Four times world Argentine Tango champion Paul Bottomer shows you step-by-step how to perform over 200 dance moves from the top 20 dance styles in over 1150 fabulous photographs. Try out classic ballroom dances such as the elegant Slow Foxtrot, the Waltz and the Quickstep, or if club dancing is more your style there is the effervescent Merengue, Salsa, Lambada, Tango and the hugely popular American Country Line Dancing where no partner is needed! There are also Latin American dances including Rumba, Mambo, Samba, Cha Cha Cha and Paso Doble. All the dances are clearly explained in a fun and informal way. The basic moves are built up step-by-step and illustrated throughout with photographs. As your confidence grows, you can use the style tips and build up the dance with style. Whether you prefer Afro-Caribbean rhythms, American Line Dancing or the elegance of ballroom dancing, this book is guaranteed to get you up on the dance floor.
Paul Bottomer was four times undefeated World & European Supreme Champion in Argentine Tango and a grand finalist in the All-England Professional Ballroom Championships. He is a former member of the Latin-American Committee of the UK, has toured South America studying Latin American dancing at its source and was the co-founder of one of London’s top Salsa clubs. He has performed all over the world and is a leading authority on popular dance styles.