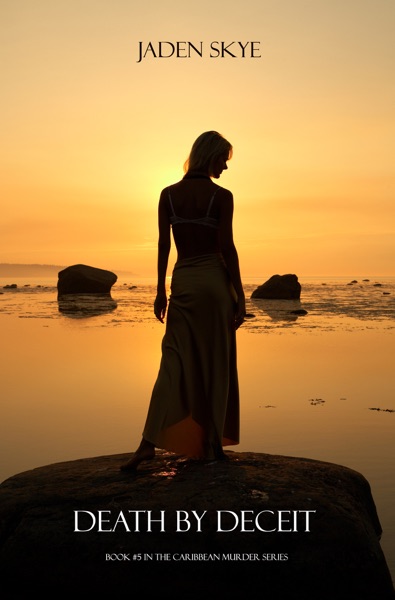 Cindy and Mattheus, finally together, prepare to take time off and live together—when a stunning upset in their relationship tears them apart. Cindy flies home to New York, resigned to never work as a detective—and never see Mattheus—again.

And then a shocking phone call comes out of the blue: it is Mattheus. A new body has turned up. Cindy at first refuses—until he tells her who it is: his wife. They finally found her, on the shores of Key West. Brutally murdered, they suspect, by an abusive boyfriend.

Mattheus’ world is upside down, and Cindy has no choice but to fly back down to the islands and help him uncover what really happened. Why did she turn up now, after so many years? How did she turn up in Key West, so far from where he’d last seen her? Why had she never contacted him? Who was she dating? And have the police caught the right man?

Their investigation takes them deep into the underworld of Key West, a gorgeous, idyllic place where the locals gather to watch the sunset every night with an evening drink. It is an enchanting place—but as Cindy learns, it is also a place with a dark underbelly. Cindy prods deeper into the murder and her investigation takes her into the world of an abused woman’s shelter. Soon, she is convinced the police have the wrong man. She and Mattheus, thrown together again, reconsider their feelings for one another. But there may not be time: Cindy finds out too much and comes in danger herself. As the murder hits too close to home, it may be too late for them both.

DEATH BY DECEIT is both a stand-alone novel, and is also Book #5 in the Caribbean Murder series, following DEATH BY HONEYMOON (Book #1), DEATH BY DIVORCE (Book #2) and DEATH BY MARRIAGE (Book #3) and DEATH BY DESIRE (Book #4).