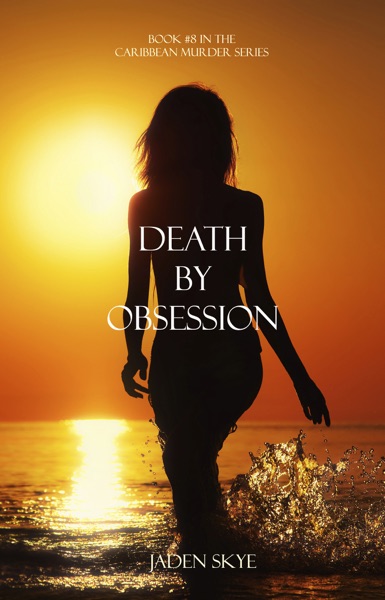 DEATH BY OBSESSION is book #8 in the #1 Bestselling Caribbean Murder series–which begins with Book #1, DEATH BY HONEYMOON!

In DEATH BY OBSESSION, the next installment in the #1 Bestselling Caribbean Murder series, a huge destination wedding, merging two blueblood families, is about to take place in St. Martin, when Cindy and Mattheus get an emergency call from the father of the bride. He wants them to come down to the island immediately and dig up dirt on the groom. He can’t shake his bad feeling about the guy, even though all his other investigations didn’t turn up a thing.

Cindy and Mattheus, who have been spending time building their relationship and are much closer, agree to come down on a lark and see what they can find. With help from informants from the seamy side of the island, they stumble upon a shocking secret that no one knows about: not his friends, not his family, and not his bride.

Cindy and Mattheus disagree about what should be done. But as the father confronts the bride with the news, it sets off a dramatic and unexpected response. Soon, a sudden death follows.

As all of this is going on, Cindy unexpectedly discovers something that also shakes her world: Mattheus, too, has a deep, dark secret that he has never told her. As Cindy and Mattheus investigate the awful homicide, they must also deal with this new revelation which threatens to tear their relationship apart.

Death by Obsession brings us into the heart of love, passion, secrets and lies.
DEATH BY OBSESSION is a stand-alone novel, and is also Book #8 in the Caribbean Murder series.