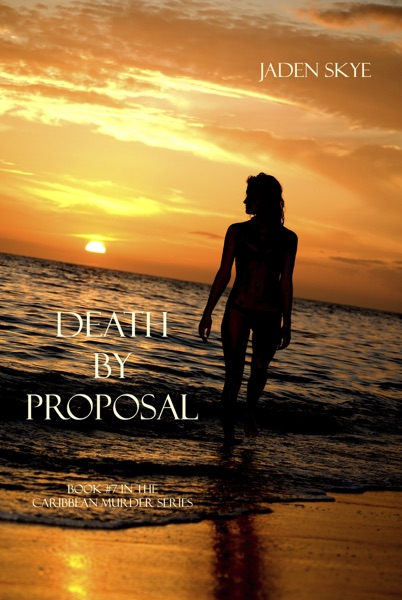 Cindy and Mattheus, finally away together for a much needed vacation on the beautiful island of Aruba, are awakened by horrible shouts of despair. A guest at the hotel has just discovered his new fiancée dead under their window, sprawled out on the courtyard below, soon after he had proposed. The two recently met online, had a long-distance internet relationship, and had met in person only a few times. The entire hotel is terrified and mobilized. Was it suicide or was it murder?

Despite pressure from Mattheus for Cindy to focus on their relationship and not become involved, she has to fulfill the promise she made to herself to help victims of crime. Cindy can’t stop herself from jumping in and helping.

Cindy and Mattheus’s relationship is put under strain as the tension heats up as they explore the strange web of relationships between the family of the young woman and her new fiancée. They meet the lackadaisical police on the Island, the victim’s strange father who always expected her to die, and the dead woman’s hot-headed boyfriend who recently turned up at the hotel with his new girlfriend. They are propelled deep into the worlds of counterfeit love, fantasy relationships, and the horror of not knowing the truth about the person you are with.

DEATH BY PROPOSAL is both a stand-alone novel, and is also Book #7 in the Caribbean Murder series, following DEATH BY HONEYMOON (Book #1), DEATH BY DIVORCE (Book #2) and DEATH BY MARRIAGE (Book #3), DEATH BY DESIRE (Book #4), DEATH BY DECEIT (Book #5) and DEATH BY JEALOUSY (Book #6).

Marriage Made in Blackmail