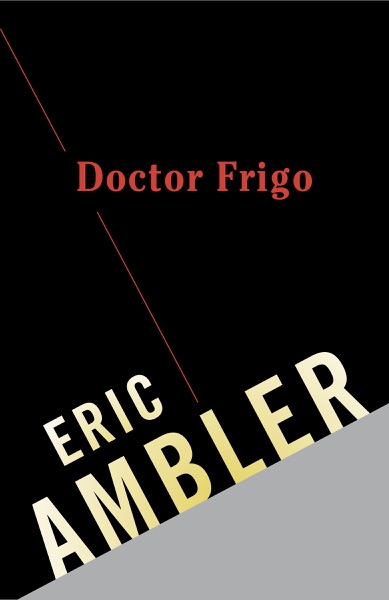 Dr. Frigo is a change of scene for acclaimed spy thriller writer Eric Ambler, moving from the European theater to an equally intriguing Caribbean political stage.

Dr. Ernesto Castillo has shunned politics and shut himself off from the world since his father, a Central American leader, was assassinated years ago. In fact his cool, detached demeanor has earned him the nickname Dr. Frigo. The doctor is more than content to live quietly on a small island, keeping busy with his practice and his mistress . . . but now his late father’s political party comes calling. Its rising leader, Manuel Villegas, hopes to put Dr. Castillo to work as his physician and as a rallying figure for the elder Castillo’s supporters, who are still numerous and necessary to help Villegas win power in a planned coup. Ignoring the advice of his mistress, whose marriage to a French intelligence officer made her an expert player of political games, the doctor unwisely stumbles his way forward, risking his profession—and then his life.