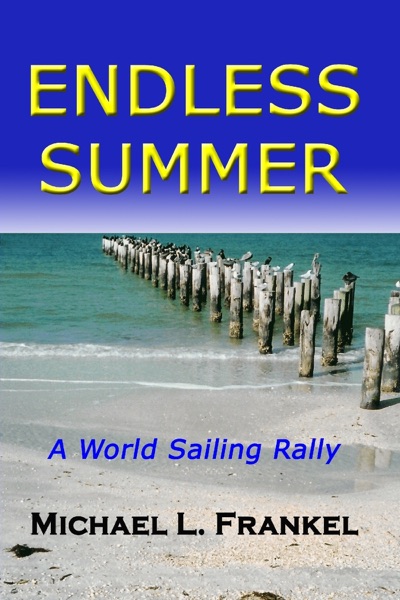 In celebration of the approaching 21st century, the author joined the 46-foot ketch Hornblower II in a 'round-the-world rally. The British-sponsored Millennium Odyssey started in 1998 with a flame-lighting ceremony in the Old City of Jerusalem and ended on Easter Day 2000 at the Vatican. There, rally organizer Jimmy Cornell presented Pope John Paul II a lantern with the flame carried around the world from the Church of the Holy Sepulchre. The author recounts his east-west voyage along the "coconut milk run" through the Panama Canal, across the Pacific, Indian, and South Atlantic oceans, then back to the Caribbean and Florida. Along the way, he reflects on the marine ecosystem, globalization, and the history of exploration starting with Marco Polo, Ibn Battuta, Zheng He, Magellan to Cook.

For every Show page the timetable is automatically generated from the schedule, and you can set automatic carousels of Podcasts, Articles and Charts by simply choosing a category. DJ Bob _ (a.k.a.-B.O.B) Live From Jamaica On Definition Radio Streaming The Best In Upfront Music Afro Beats Dance Music RNB, Souls, Hip Hop, Reggae, Bashment New Releases And Many More.

We are Definition Radio one hundred percent reggae, soul and urban internet radio station, from London United Kingdom. Our aim is to please several community and cities around the world on one united platform we have presenters playing from the united kingdom, USA,Canada, Jamaica, definition radio also have it's own in-house music label to help artist and fans to have a great experience at our radio station, our admin team work tirelessly to ensure our fans and advertisers a friendly platform.
Discover more