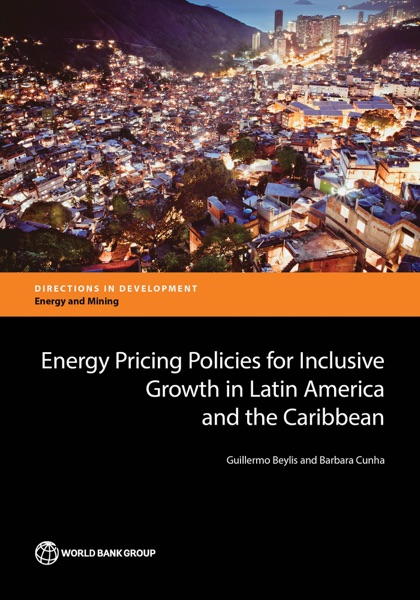 Government strategies for setting energy prices are not uniform across the Latin America and the Caribbean (LAC) region—or even across fuels. Instead, they cover a full spectrum, ranging from discretionary price-fixing at one end to pure market-based approaches at the other. In between is a wide variety of other schemes such as price stabilization funds, import or export parity pricing, price smoothing through tax levels, and targeted direct price subsidies or vouchers. Governments in the LAC region, however, tend to be small as measured by government revenues as a percentage of GDP. So their limited government resources have to be used wisely and be better targeted to the poor and vulnerable. Although energy subsidies are an inefficient policy tool for protecting the welfare of the poor, energy price increases can have a big impact on these households.

Energy Pricing Policies for Inclusive Growth in Latin America and the Caribbean finds that energy subsidies are highly regressive in an absolute sense—that is, the lion’s share of every dollar spent on keeping energy prices low benefits wealthier households. However, subsidies for fuels that are widely used for cooking and heating—liquefied petroleum gas (LPG), natural gas, and kerosene—as well as for electricity, can be relatively neutral or progressive, implying that lower-income households capture benefits that are proportionate to their expenditures. In other words, although poorer households receive very little from every dollar spent on energy subsidies, that small amount may represent an important share of their expenditures. It is important, then, that governments expand the coverage and depth of their social safety nets to provide relief for poor households if energy prices rise. This report also finds that aggregate price impacts and the competitiveness effects of energy price increases are moderate to small and can be smoothed out through macropolicy responses.