Food, Texts, and Cultures in Latin America and Spain 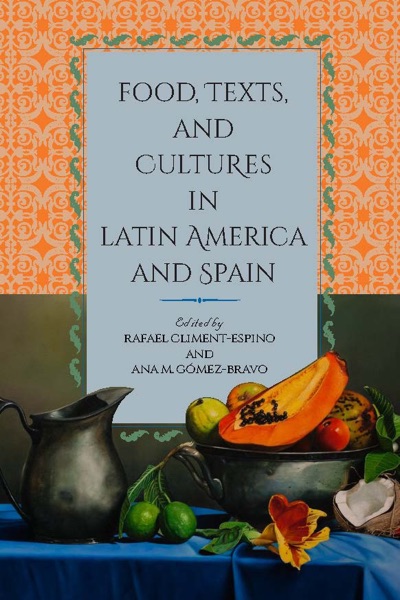 The fourteen essays in Food, Texts, and Cultures in Latin America and Spain showcase the eye-opening potential of a food lens within colonial studies, ethnic and racial studies, gender and sexuality studies, and studies of power dynamics, nationalisms and nation building, theories of embodiment, and identity. In short, Food, Texts, and Cultures in Latin America and Spain grapples with an emerging field in need of a foundational text, and does so from multiple angles.
The studies span from the Middle Ages to the twenty-first century, and the contributing scholars occupy diverse fields within Latin American and Hispanic Studies. As such, their essays showcase eclectic critical and theoretical approaches to the subject of Latin American and Iberian food.

Food, Texts, and Cultures in Latin America and Spain also introduces the first English-language publication of works from such award-winning scholars as Adolfo Castañón of the Mexican Academy of Language; Sergio Ramírez, winner of the 2017 Miguel de Cervantes Prize in Literature; and Carmen Simón Palmer, winner of the 2015 Julián Marías Prize for Research.