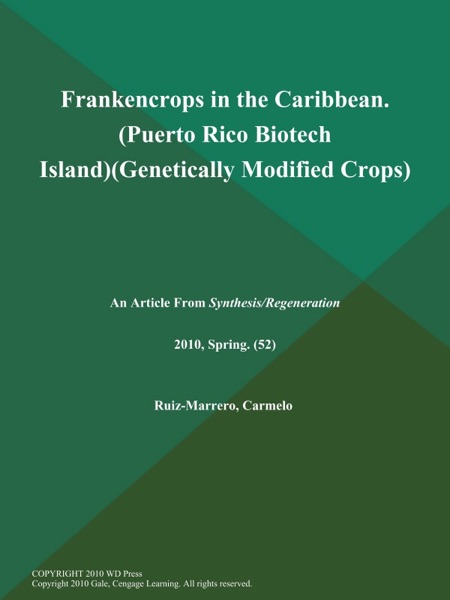 In the global debate regarding genetically modified (GM) foods and organisms (GMOs), the little-known role of the Caribbean island of Puerto Rico in testing and propagating GM crops has gone largely unnoticed and unexamined. The agricultural biotechnology activity in this tropical US colony is simply massive. “Puerto Rico attracts agricultural biotechnology companies because of the tropical climate that permits up to four harvests yearly and the willingness of the government to fast-track permits.” according to professors Margarita Irizarry and Jose Rodriguez Orengo, of the University of Puerto Rico’s Medical Sciences Campus. “Furthermore, the opposition to GM foods is almost non-existent on the island and no particular environmental group is protesting the presence of Dow, Syngenta Seeds, Pioneer HiBred, Mycogen Seeds, Rice Tech, AgReliant Genetics, Bayer Crop-science, and Monsanto.”

The Making of African America