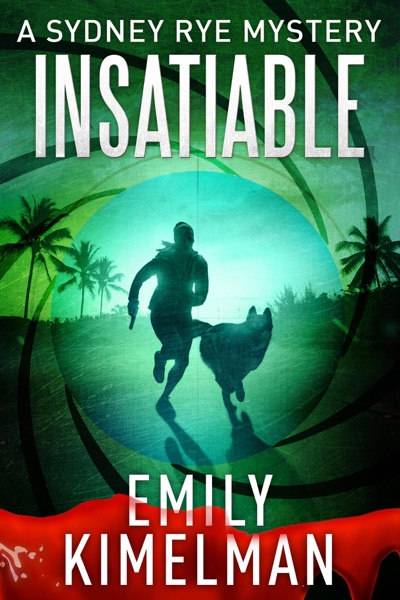 * A girl and her dog exact justice with a vengeance. *

I can’t refuse him. Not this time.

I want to kill Robert Maxim, but I’m going to work with him instead. He can give me something I thought I’d lost forever: freedom from my past.

The daughter of a powerful friend is missing in Mexico, and Robert wants me to find her. She’s a fan of mine…an active member of the Joyful Justice website that celebrates my legendary act of vengeance. I’ve heard about the site but don’t want to face the madness I’ve spawned. The basic principle, that Joy Humbolt killed the Mayor of New York to avenge her brother’s murder, is off by a couple of heartbeats. The members’ fanatical belief Joy is a hero makes me sick.

Robert offered me a pardon for Joy Humbolt, but I’m not that girl anymore. I want her gone, the man hunt to end, and the site’s followers to go away. If chasing a spoiled rich girl through Mexico and the Caribbean is what it takes to stop this, I’ll do it.

*The Sydney Rye series has been downloaded over a million times. Recommended for adults who love brave female protagonists, dogs, and action-packed series that you can’t put down until you’ve read them all. If you have trouble with the f-bomb, violence, or sex (not graphic but out of wedlock).. then you shouldn’t start this series….it’s just not your thing. If you’re looking for your next adventure, you’ve found it.*