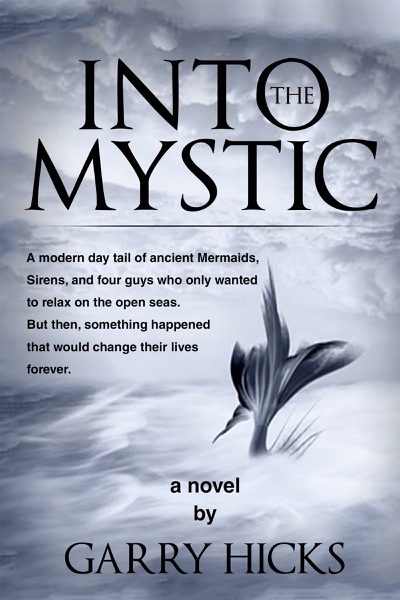 What if there were a story that had the magic of E.T., the action of ‘Pirates of the Caribbean’, the tension of ‘JAWS’, the humor of ‘The Hangover’ plus romance, twists, a man coming of age and a jolting end?

Do you believe in Mermaids? People may laugh if you say yes but, deep down, you either do, or want, to believe. You may have even seen one in your past. You weren’t sure what it was but you know it had a tail and a woman’s face. Mermaids sightings have been reported for centuries and why not?

Four lifelong friends from diverse backgrounds set sail on a long planned adventure cruise. Once on the open sea, they don’t heed the warnings after their boat is jarred from underneath.
The next morning they encounter a school of dolphins that surround a woman. They follow the dolphins into a fog bank which spawns an instant storm and one of them is washed overboard.
As the fog clears, they look upon two uncharted islands. From one comes the singing of the sirens, so mesmerizing the remaining three jump into the water to swim to it. As they slowly sink, they are rescued by mermaids and are taken to Atargatis Island.
It is here they learn the wonders of the island and make plans to rescue their friend from the Sirens on the other island.

They still face a battle with dead pirate spirits and trying to free their friend from the Island of the Sirens. They are helped by the evil Siren Queen’s daughter, Chiron.
But it all comes down to an underwater battle between the Mermaids and their dolphins, the Sirens and their sharks.
The final battle they face is falling in love. Can a Mermaid and a human be together?