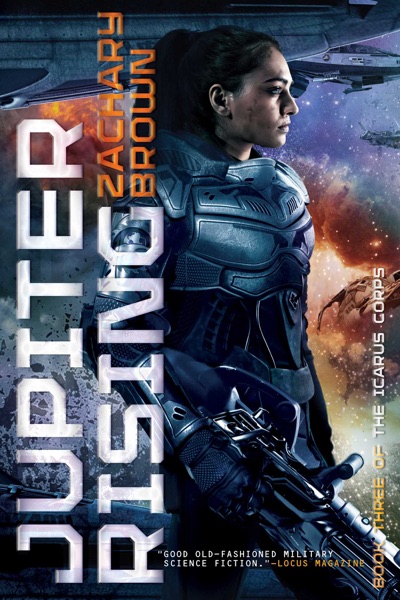 In this third volume of the trilogy, The Darkside Corps battle the Conglomeration at Jupiter against all odds as humanity takes the war on its back.

Nebula and World Fantasy Award–nominated author Zachary Brown created what Locus magazine raves as “good old fashioned military science fiction” in the Icarus Corps trilogy. The always outgunned and under-equipped human soldiers known as the Colonial Protection Forces battle across the moon and the alien desert landscapes of Titan all to make one desperate attack at Jupiter to hold the invading Conglomeration forces at bay, only to have a greater threat revealed as we find out why the Conglomeration—Accordance War has been raging across the galaxy.