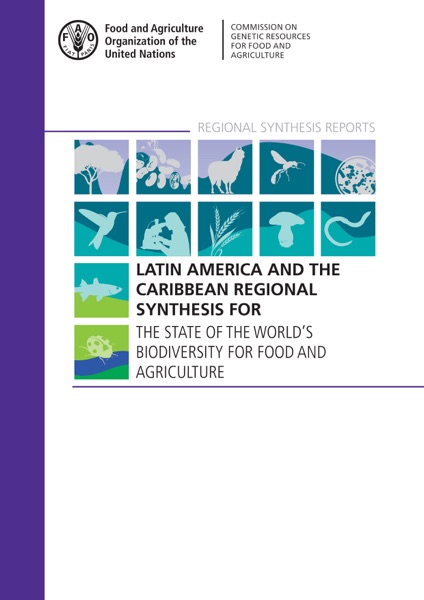 based largely on information provided in fourteen country reports submitted to FAO as part of the reporting process for the report on The State of the World’s Biodiversity for Food and Agriculture.

Biodiversity for food and agriculture is the diversity of plants, animals and micro-organisms at genetic, species and ecosystem levels, present in and around crop, livestock, forest and aquatic production systems. It is essential to the structure, functions and processes of these systems, to livelihoods and food security, and to the supply of a wide range of ecosystem services. It has been managed or influenced by farmers, livestock keepers, forest dwellers, fish farmers and fisherfolk for hundreds of generations.

The report was originally prepared as supporting documentation for an informal regional consultation on the state of Latin America and the Caribbean’s biodiversity for food and agriculture held in Panama City, Panama, 8 to 10 March 2016. It was later revised based on feedback received from the participants of the informal consultation and on an additional country report. It also discusses the state of efforts to promote the sustainable use and conservation of biodiversity for food and agriculture in the region, including through the development of supporting policies, legal frameworks, institutions and capacities.

By Food and Agriculture Organization of the United Nations

The Book of Dead Philosophers