Laughing Out Loud, I Fly 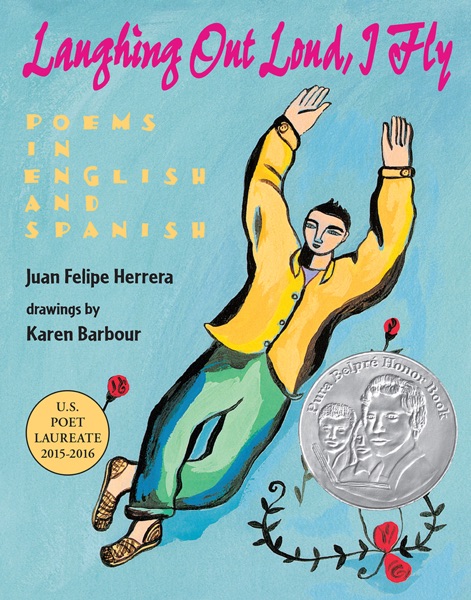 From U.S. Poet Laureate Juan Felipe Herrera, here are stirring poems that read like music. Awarded the Pura Belpré Honor for this book, Herrera writes in both Spanish and English about the joy and laughter and sometimes the confusion of growing up in an upside-down, jumbled-up world—between two cultures, two homes. With a crazy maraca beat, Herrera creates poetry as rich and vibrant as mole de olé and pineapple tamales . . . an aroma of papaya . . . a clear soup with strong garlic, so you will grow & not disappear. Herrera’s words are hot & peppery, good for you. They show us what it means to laugh out loud until it feels like flying.