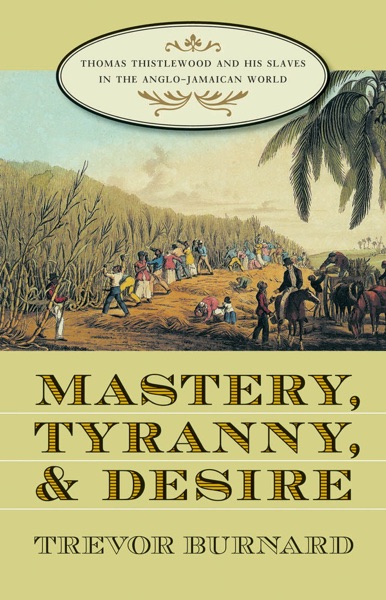 Eighteenth-century Jamaica, Britain’s largest and most valuable slave-owning colony, relied on a brutal system of slave management to maintain its tenuous social order. Trevor Burnard provides unparalleled insight into Jamaica’s vibrant but harsh African and European cultures with a comprehensive examination of the extraordinary diary of plantation owner Thomas Thistlewood.

Thistlewood’s diary, kept over the course of forty years, describes in graphic detail how white rule over slaves was predicated on the infliction of terror on the bodies and minds of slaves. Thistlewood treated his slaves cruelly even while he relied on them for his livelihood. Along with careful notes on sugar production, Thistlewood maintained detailed records of a sexual life that fully expressed the society’s rampant sexual exploitation of slaves. In Burnard’s hands, Thistlewood’s diary reveals a great deal not only about the man and his slaves but also about the structure and enforcement of power, changing understandings of human rights and freedom, and connections among social class, race, and gender, as well as sex and sexuality, in the plantation system.