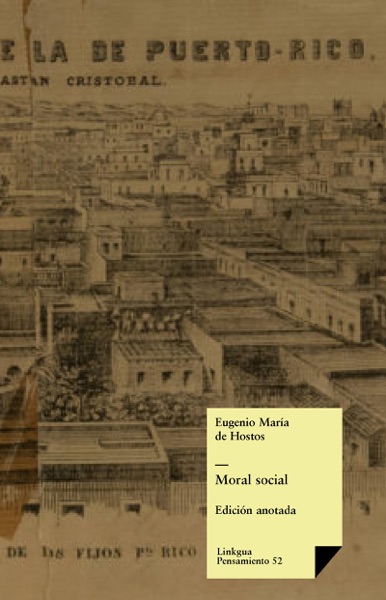 The Puerto Rican thinker and educator Eugenio Mari&aacute; de Hostos represents the Caribbean thought of Latin American integration and supports strengthening the moral and educational values of his people as the only way to redeem the New World. Hostos was a moral thinker whose ideas are projected in his writings, looking at his essence, one identifies a pedagogical ethics education. One of the works that most reflects this thinking is Moral social, published in 1888. In the preface Hostos explains only at the insistence of his disciples did he agree for this book to be published. The work is divided into two parts. In the first, the author presents the theoretical foundations on which his ideas are based. In the second, he applies these ideas to specific cases and makes his moral suggestions. According to his ideas, moral existence and physical existence are very different, although not different in essence but rather manifested to us in different ways.