Rambles by Land and Water, or Notes of Travel in Cuba and Mexico 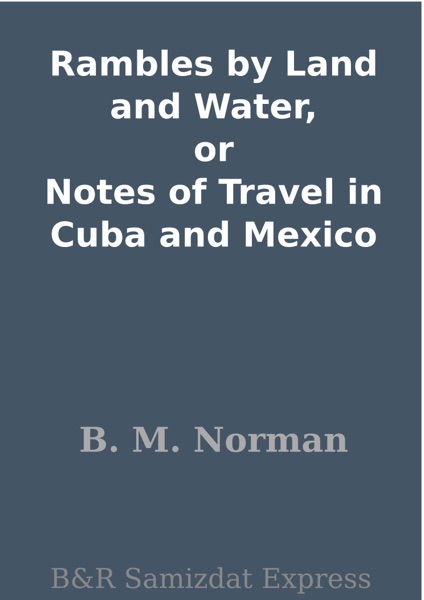 First published in 1845, classic travelogue. “Including a canoe oyage up the River Panuco and researches among the ruins of Tamaulipas.” The Preface begins: “The present work claims no higher rank than that of a humble offering to the Ethnological studies of our country. Some portions of the field which it surveys, have been traversed often by others, and the objects of interest which they present, have been observed and treated of, it may be, with as much fidelity to truth, and in a more attractive form. Of that the reading public will judge for itself. But there are other matters in this work, which are now, for the first time, brought to light.”