Regional Overview of Food Security and Nutrition in Latin America and the Caribbean: Towards Healthier Food Environments that Address All Forms of Malnutrition 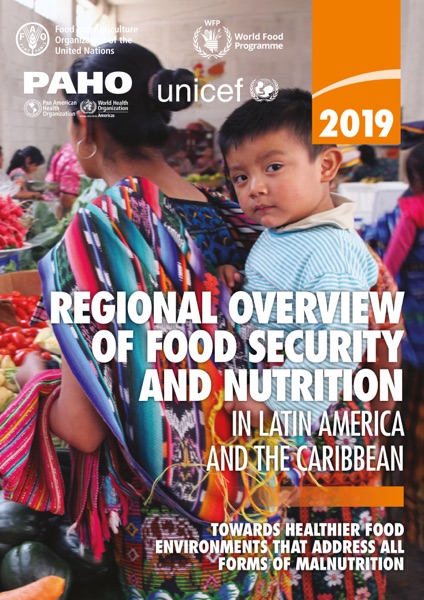 Latin America and the Caribbean managed to reduce the number of undernourished by 20 million compared to the year 2000. However, 2018 marks the fourth consecutive year in which hunger shows a continuous increases.

Moderate or severe food insecurity in Latin America increased considerably. This increase caused more than 32 million people to join the almost 155 million who lived in food insecurity in the Region in 2014-2016. The Region has shown significant progress in reducing child malnutrition and it is significantly distant and below the global prevalence of malnutrition in girls and boys. However, malnutrition due to excessive weight in the Region is one of the highest in the world and it continues to increase.

By Food and Agriculture Organization of the United Nations