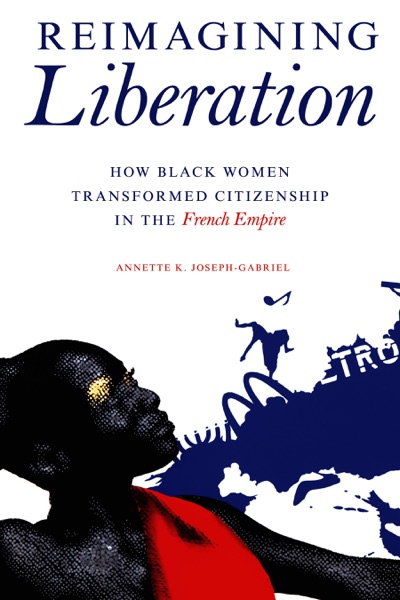 Black women living in the French empire played a key role in the decolonial movements of the mid-twentieth century. Thinkers and activists, these women lived lives of commitment and risk that landed them in war zones and concentration camps and saw them declared enemies of the state. Annette K. Joseph-Gabriel mines published writings and untapped archives to reveal the anticolonialist endeavors of seven women. Though often overlooked today, Suzanne Césaire, Paulette Nardal, Eugénie Éboué-Tell, Jane Vialle, Andrée Blouin, Aoua Kéita, and Eslanda Robeson took part in a forceful transnational movement. Their activism and thought challenged France’s imperial system by shaping forms of citizenship that encouraged multiple cultural and racial identities. Expanding the possibilities of belonging beyond national and even Francophone borders, these women imagined new pan-African and pan-Caribbean identities informed by black feminist intellectual frameworks and practices. The visions they articulated also shifted the idea of citizenship itself, replacing a single form of collective identity and political participation with an expansive plurality of forms of belonging.