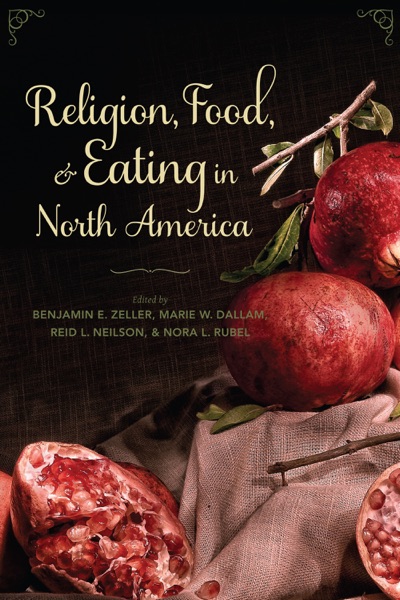 The way in which religious people eat reflects not only their understanding of food and religious practice but also their conception of society and their place within it. This anthology considers theological foodways, identity foodways, negotiated foodways, and activist foodways in the United States, Canada, and the Caribbean. Original essays explore the role of food and eating in defining theologies and belief structures, creating personal and collective identities, establishing and challenging boundaries and borders, and helping to negotiate issues of community, religion, race, and nationality.

Contributors consider food practices and beliefs among Christians, Jews, Muslims, and Buddhists, as well as members of new religious movements, Afro-Caribbean religions, interfaith families, and individuals who consider food itself a religion. They traverse a range of geographic regions, from the Southern Appalachian Mountains to North America’s urban centers, and span historical periods from the colonial era to the present. These essays contain a variety of methodological and theoretical perspectives, emphasizing the embeddedness of food and eating practices within specific religions and the embeddedness of religion within society and culture. The volume makes an excellent resource for scholars hoping to add greater depth to their research and for instructors seeking a thematically rich, vivid, and relevant tool for the classroom.