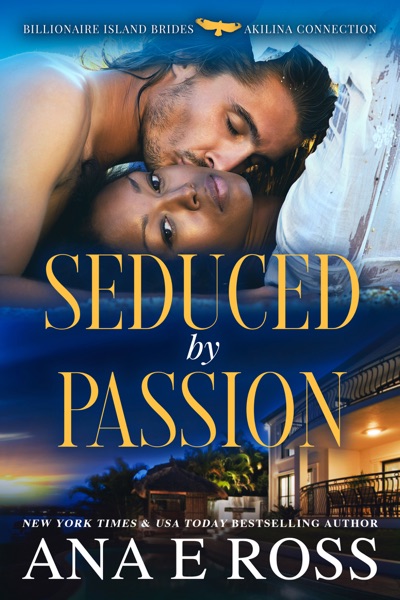 The truth could destroy them, or bind them together forever…

To honor a dying wish, billionaire real estate developer, Rapheus Giannopoulos, travels to the Caribbean island of Akilina to scatter his grandparents’ ashes and deliver a letter to a young woman he doesn’t know. The moment they meet, Raph is immediately enamored by her beauty and envisions her as the perfect playmate during his week-long stay. However, his plan to seduce her loses priority when he discovers his family’s mysterious link to the island and an age-old vow and a curse that could forever destroy the Giannopoulos’ bloodline.

Hotelier, Xiomara Davenport, is in hot water. To save the resort that has been in her family for generations, she accepted help from someone she thought she could trust. But when the loan is unexpectedly called in, Xio fears she will lose everything if she rejects her creditor’s terms. As she weighs her options, a young man, to whom she’s instantly and inexplicably drawn, walks into her office, and hands her a letter from a godfather she barely remembers, pressing her to make a decision that could change the trajectory of her life forever.

As they work to honor the old man’s wishes, Rapheus, the infamous playboy with no plans to settle down, and twice-jilted Xiomara, who has placed her heart on ice, find it impossible to resist the overwhelming passion burning between them, and eventually succumb to the lure and seduction of Akilina’s magical nights.

Transnational Organized Crime in Latin America and the Caribbean