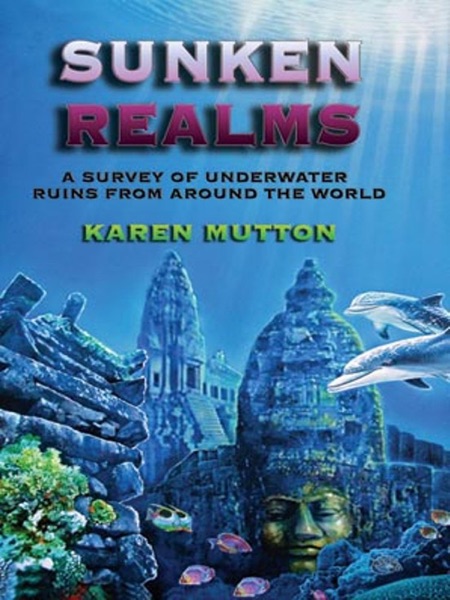 Australian researcher Karen Mutton has compiled the world’s most extensive list of sunken cities and megalithic underwater sites currently known around the world. She begins by discussing some of the causes for sunken ruins: super-floods; volcanoes; earthquakes at the end of the last great flood; plate tectonics and other theories. She then discusses Plato’s Atlantis and the various areas of the Mediterranean and Atlantic that have been proposed as the location. From there she launches into a worldwide cataloging of underwater ruins by region. She begins with the many underwater cities in the Mediterranean, and then moves into northern Europe and the North Atlantic. She continues with chapters on the Caribbean and then moves through the extensive sites in the Pacific and Indian Oceans. The final chapters are on ruins and structures in lakes and inland seas plus a brief look at modern and medieval sunken ruins. Comes with plenty of maps, illustrations and rare photos. Places covered in this book include: Tartessos; Cadiz; Morocco; Alexandria; The Bay of Naples; Libya; Phoenician and Egyptian sites; Roman era sites; Yarmuta, Lebanon; Cyprus; Malta; Thule & Hyperborea; Celtic Realms Lyonesse, Ys, and Hy Brasil; Carnac, Brittany; Isle of Wight; Canary and Azore Islands; Bahamas; Cuba; Bermuda; Mexico; Peru; Micronesia; California; Japan; Indian Ocean; Sri Lanka Land Bridge; India; Sumer; Lake Titicaca; and inland lakes in Scotland, Russia, Iran, China, Wisconsin, Florida and more. A unique and fascinating book!