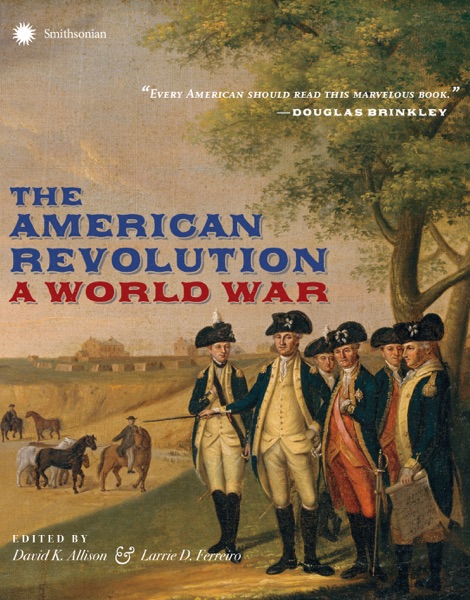 The American Revolution: A World War argues that contrary to popular opinion, the American Revolution was not just a simple battle for independence in which the American colonists waged a “David versus Goliath” fight to overthrow their British rulers. Instead, the essays in the book illustrate how the American Revolution was a much more complicated and interesting conflict. It was an extension of larger skirmishes among the global superpowers in Europe, chiefly Britain, Spain, France, and the Dutch Republic. Amid these ongoing conflicts, Britain’s focus was often pulled away from the war in America as it fought to preserve its more lucrative colonial interests in the Caribbean and India. The book, the illustrated companion volume to the Smithsonian National Museum of American History exhibition of the same name, touches on this and other topics including overseas empires, economic rivalries, supremacy of the seas, European diplomacy, and more. Together the book’s incisive text, full-color images, and topical sidebars underscore that America’s fight for independence is most clearly comprehended as one of the first global struggles for power.