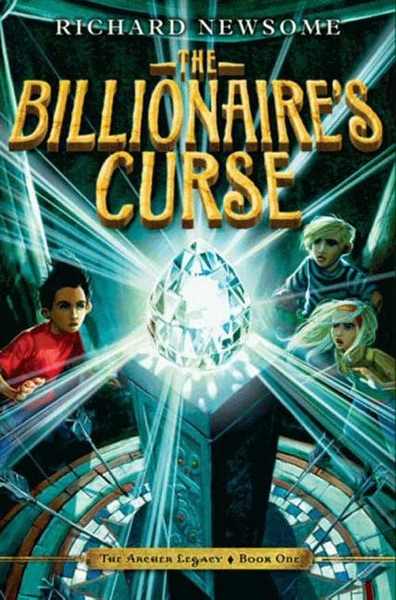 Gerald Wilkins never considered himself a particularly exceptional thirteen-year-old. But that was before he inherited twenty billion pounds, a Caribbean island, a yacht, and three estates from a great-aunt he never knew. With this fortune, however, comes a letter. One from his great-aunt Geraldine. One that tells Gerald that she was murdered, and that it’s up to him to find out why.

Along with his friends Ruby and Sam, Gerald embarks on a journey that will lead him from the British Museum to dodgy social clubs for the disgustingly rich to mansions in the English countryside to secret places far underground. Who was Geraldine Archer? And what secrets was she hiding? Unless Gerald, Sam, and Ruby can find out before the killer does, they may be next.