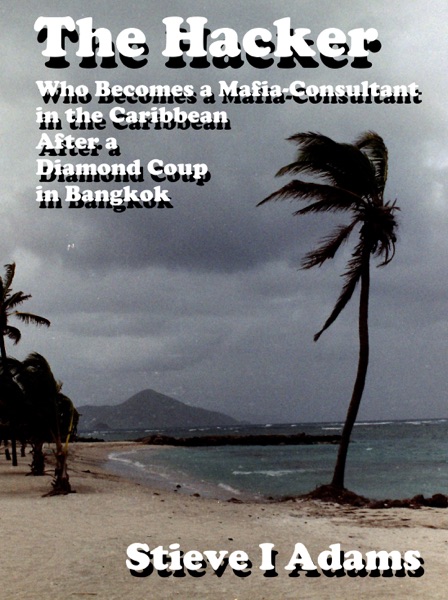 An old-fashioned adventure novel filled with international villains, beautiful women and noble adventurers. The action takes place in exotic countries with rare inhabitants.
A cheeky diamond cupper in Thailand and a sinking in the Caribbean are the origins of a breathtaking story where a no-frightening computer salesman from Scotland will be the centerpiece of the adventure.
With the help of, among other things, a very black woman from Antigua, a Swedish tugboat in Singapore and a suddenly rich Count from England, they chase around the world to find the treasure. It becomes complicated because the main character happens to be employed as a consultant at a Mexican mafia group.
Nevertheless, he succeeds in selling computers to a sheik in United Arab Emirates!