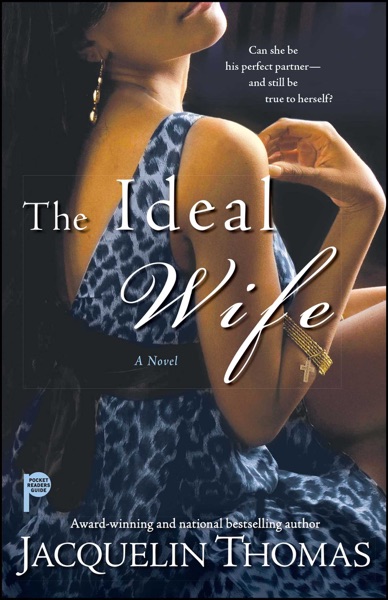 Newlyweds Jana and Lawrence return from their Caribbean honeymoon to Los Angeles, where Lawrence is a partner in a prestigious Beverly Hills law firm. After Jana moves into Lawrence’s home in Hollywood Hills, she undergoes a complete lifestyle change and now spends her time shopping and doing charity work with the wives of the other partners. Her days as a student at Bible College seem like a distant memory now that she’s a full-time wife..

Soon Jana and Lawrence’s values begin to clash, and the marriage falls apart. After a spat over Lawrence’s sexual appetite, he tells Jana he wants a divorce. Confused and heartbroken by the sudden turn of events, she slowly realizes that it was physical attraction that drew Lawrence to her—it was never about love. She was nothing more than a trophy wife. So when three months later she meets Garrett Ransom, a handsome widower, she vows that this time, she’s going to do things right. .

In The Ideal Wife , Thomas has written an engaging and inspirational novel featuring ordinary people facing everyday challenges, as they struggle to achieve personal happiness and success while maintaining their faith-based principles..