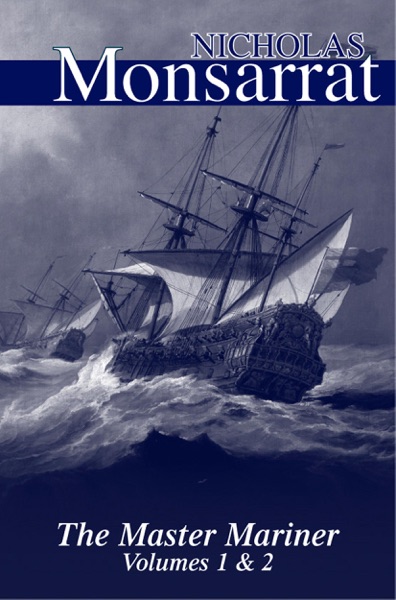 This is Nicholas Monsarrat’s final masterpiece, an epic tale of the sea and seafaring from the sixteenth century to near the end of the twentieth.
Told from the point of view of Mathew Lawe, a young Devon sailor who is cursed after a spectacular act of cowardice to wander ‘the wild waters till all the seas run dry’, it is historical fiction but beset by real events. Monsarrat follows the great captains and naval adventurers from the Artic to the South Pacific. Lawe represents the spirit of maritime exploration and fortitude; his life is the thread stringing together a long history of nautical adventure.
He finds himself mixed up with Drake and the Armada; sailing with Hudson in search of the North-West passage; a buccaneer under Sir Henry Morgan in the Caribbean; assisting Samuel Pepys with his responsibilities as Secretary to the Navy; at the side of Captain Cook as he transports General Wolf to the storming of Quebec, and then on to his death in the Pacific; serving in Nelson’s household and then to the Nile, Naples and Trafalgar; working on a slaver from Liverpool to the Caribbean; press-ganged aboard the Shannon just before her duel with the American Chesapeake, exploring the Artic with Sir John Franklin; fighting in both world wars, including the action at Zebrugge and ‘D’ Day; before a final test with a tanker catching fire after the opening of the St.Lawrence Seaway – and much more besides!
Under sail and steam, as Mathew’s eternal existence progresses, the action-packed novel is both highly entertaining and instructive and has been widely acclaimed as a masterpiece. Some fourteen true maps, along with other diagrams, are included, and what was originally two volumes is supplied as one.

Note: Nicholas Monsarrat died before Book II was finished. Anne Monsarrat completed the remainder of the story in Nicholas’s own words, partly from some working notes he left and partly from his original synopsis of The Master Mariner Book II. Both are included here.

Love on the Lido Deck: A Nautical Romantic Comedy