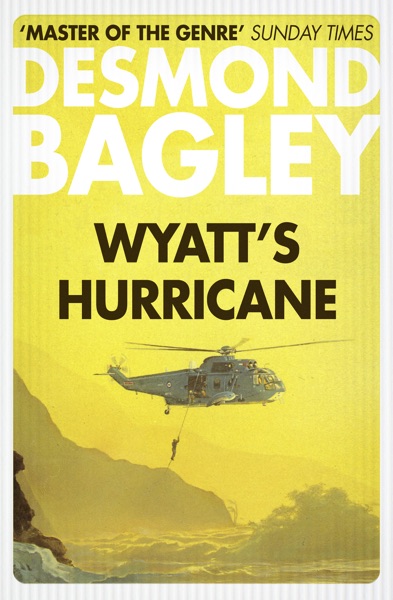 Action thriller by the classic adventure writer set in the islands of the Caribbean.

Ferocious Hurricane Mabel is predicted to pass harmlessly amongst the islands of the Caribbean. But David Wyatt has developed a sixth sense about hurricanes. He is convinced that Mabel will change course to strike the island of San Fernandez and its capital, St Pierre. But nobody believes him, and the hurricane is only one of the problems that threaten San Fernandez…

Desmond Bagley was a multi-million-copy selling author of 16 adventure thrillers, all still in print. Moving to South Africa after WW2, his transition from unskilled printer’s apprentice, aircraft engineer, mine worker, nightclub photographer and radio scriptwriter to one of the world’s most respected thriller writers is legendary, described by The Times as a ‘craftsmanlike thriller novelist’. Returning to the UK in the 1960s, he lived with his wife Joan in Devon and then on Guernsey, where a blue plaque was unveiled in his honour in 2018.